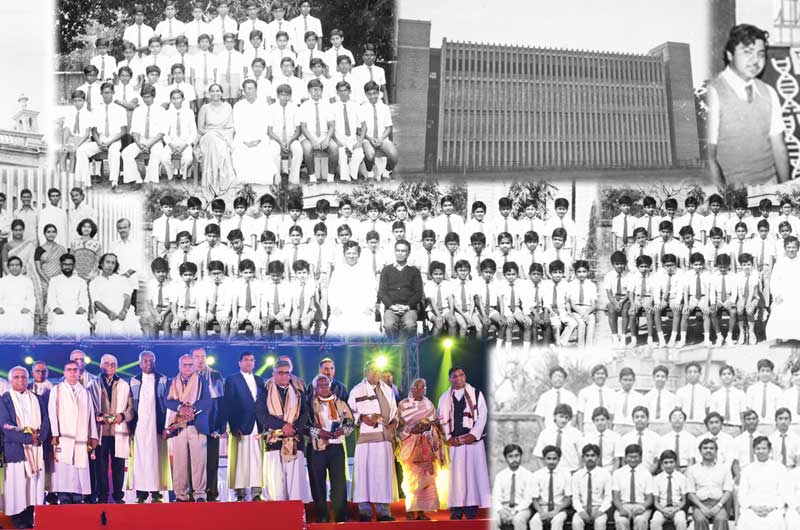 DBB Timeline :
1978 : Our Lady’s House Higher Secondary School, so far exclusively a residential school, was opened for the day-scholars under the name of Don Bosco School. The foundation of the new building in its existing place was laid by Fr Logroi, the Provincial of Kolkata Province. The school started in January from class v.
1979 : The first floor of the new building was opened for use in June. Fr Albert was appointed as the first Principal.
1980 : The school’s first Sports Meet was held.
1981 : The school began its process for the final approval of the ICSE and ISC board , New Delhi.
1982 : Mr K N Parvath, Asst. Director of Education ( Anglo Indian) inspected the school to finalise the formalities for the school’s entry into the Council for the Indian School Certificate Examination.
1983 : The school was inspected in order to apply for the affiliation to ISC Board , Delhi.
1984 : The school was inspected by Mr Parvath for the approval of the ISC board.
1987 : Children’s day was celebrated for the first time with great fanfare and a grand fete.
1988 : Official inaugural function of the DB'88 through a cycle rally from Chinsurah to Don Bosco flagged off by the ADM. The DB'88 function was inaugurated by the DM. Shantanu Mukherjee held the banner of DBB high by being one of the two Indian Scouts to attend the Nippon Venture 88 in Japan. DB'88 struck the chord of harmony as it was a joint venture of Don Bosco Bandel, Auxilium Convent Bandel and St John’s High School Bandel.
1994 : Inauguration of Computer Centre by Mr S Mukherjee, SP of Hooghly. The world of martial arts was opened for the boys with Tae-Kwon-Do.
1995 : Prithviraj Ghoshal won accolade in the National Tae-Kwon-Do Championship in Calicut, Kerala by winning the third prize.
1996 : The school celebrated the Diamond Jubilee of Rev. Fr. Joseph Dalbroi, a veteran Salesian who stands out as a beacon and inspiration for others.
1998 : Revamping of the Past Pupils’ Association of the school was done. In the month of April the restructuring of the school building started in order to accommodate class I.
1999 : The interview for admission to class I started. Now the school geared up from class I to XII.
2002 : Commencement of the Silver Jubilee celebrations, Inter-School Jubilee special sit and draw competition, quiz and table tennis tournament were arranged. Grand Jubilee sports involving teams from Liluah, Park Circus, Azimganj and Siliguri was officiated by Leslie Claudius.
2003 : Grand finale to Silver Jubilee celebrations with a musical concert involving singer Vinod Rathod.
2007 : New academic block with a huge Auditorium, an A C library, a well equipped Staff room for the Junior and Senior sections was started.
2008 : Bosco Xprezns ( DBB special) Inter- school meet started.
Br. Maurice Nicholson Memorial Table Tennis Hall was blessed.
2011 : New Computer Lab and AV rooms for the senior and junior sections were made.
2012 : Began the process of installing smart boards with the collaboration of Educom.HCL. CCTV cameras were installed for the safety of the students.
2015-16 : The Bi- centenary park was inaugurated. The new football ground beside the Hooghly river was raised and levelled. The school was awarded the best maintained, eco – friendly school by the Telegraph Award for schools.
2017 : The grand new school gate was blessed and inaugurated together with a new reception area.
The tenth edition of Bosco Xprezns was held with a lot of thrill and fanfare. For the first time drone cameras were used to record outdoor events. The LED screen, also for the first time, added to the glamour of the stage.
New CCTV cameras were installed all over the campus.
New chemistry laboratory was inaugurated on 24th January, on the feast of St. Francis de Sales.
A memorandum was signed with Tata Class Edge to provide digital class room solutions.
2017 ushered in a change of leadership and a more progressive era starts with more involvement of the students, parents, teachers in the holistic development of the school.

10th May 2018: First Ever Savio Xprezns held at DBB, only for the primary section students upto class five.
2018: July 30th: Inauguration of the New Basketball Court
2018: December 22nd : Grand Closing Ceremony of the Ruby Jubilee. The day’s programme commenced with the welcoming the Salesians who worked here before. Former teachers, Former Principals and Rectors, Noted Alumni together with the existing teachers of the school had a Grand Lunch Party, and at 4.00pm a Mega Show was staged in the Football ground on the Riverside. A wonderful occasion to thank God for his blessings for the past 40 years.
March 2019: Mr. N.D. Jacob, Mr. Champak Mondal, Ms. Aparna Mukherjee, and Mr. Celestine Rozario retired after long years of dedicated service in our school and there was a felicitation to thank them for the years of service here.
2019: March: DBB started the use of Entab’sCampuscare for School management. It provided a mobile app for the school with which contact of School with the parents and students improved systematically.
May 7 2019: Results of ISC and ICSE were published and DBB bagged for the first time National Third for one of its students, namely, Shounak Bose. The candidate secured 99.2% in the ICSE Examinations.
July 2019: Br. Nicholson Morris Memorial Table Tennis Hall is renovated and Air Conditioning is installed.
December 2019: Farewell of Ms. BanyaPalit and Ms. Martha Gomes. The school is ever grateful to them for their dedicated service as teachers.
2020: March Online payment of fees started. This proved highly effective during the lockdown period that would follow.
March 2020: Work for the further development of the existing Children’s Park and construction of a new elevator for the School began. (Progress delayed due to the outbreak of Covid-19).
March 2020: Mr. Hemant Mukherjee, electrician, retired after 36 years of service. DBB wishes him happiness and good health.
March 2020: A new projector for the School auditorium was set up on the stage.
April 2020: School reached out to the neighbouring needy people during the outbreak of the Covid-19 with provisions to support the essential aspects. School also contributed Rs. 5,00,000.00 (Five Lakhs only) to the Hon’ble Chief Minister’s Relief Fund